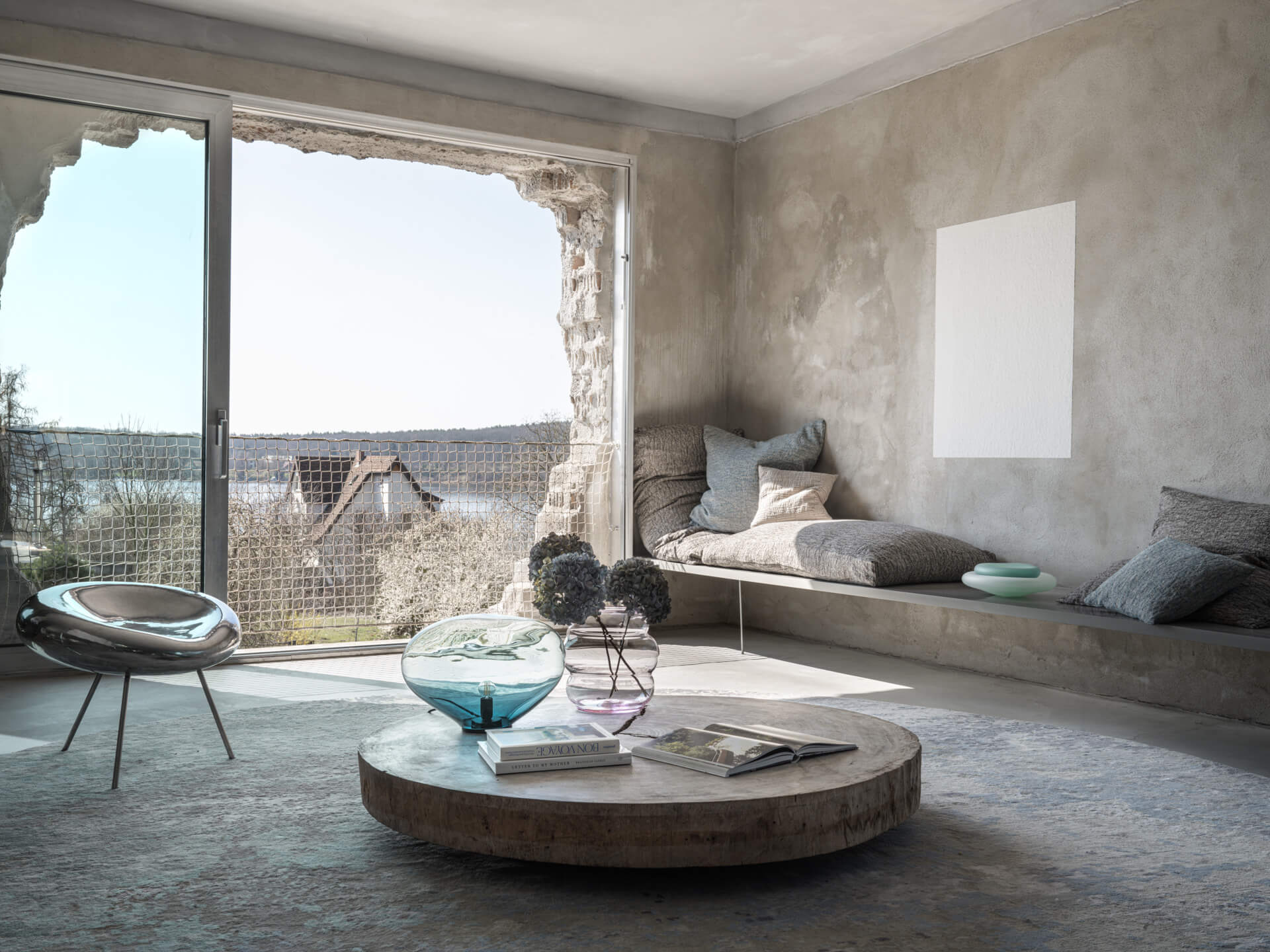 And is there any greater motivation than a better life for all? Surely not. The dream becomes a vision and the vision becomes a concrete plan for the best possible future, a utopia. And even if it cannot be realised in its entirety, it can still serve as a guiding light and goal. Because one thing is for sure: the path to a better future is much easier to follow if you come equipped with a good plan. And this is the path that Hodsoll McKenzie have chosen to take with their 2021 collection. 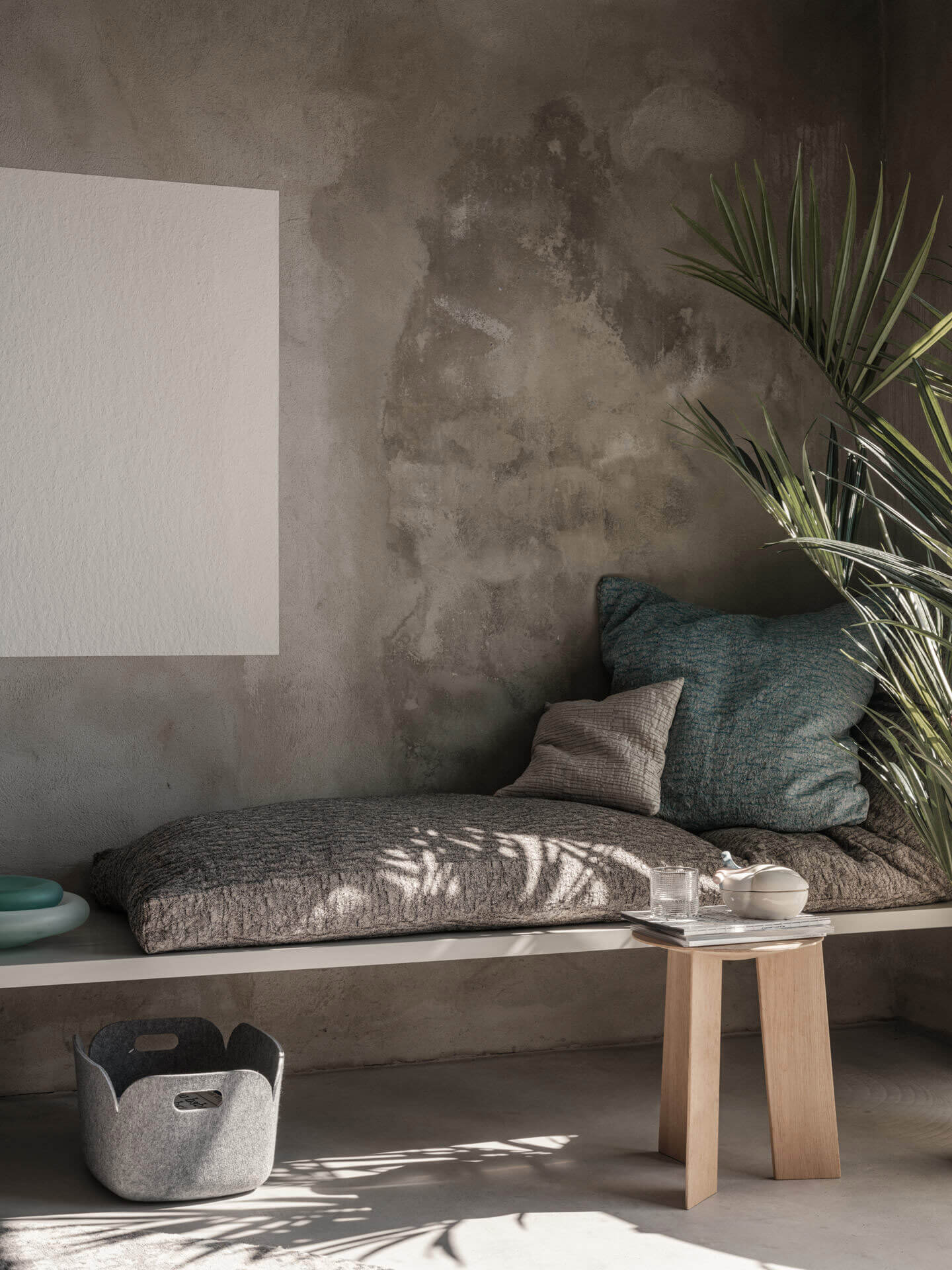 Is there any
greater
incentive than
der Traum
the dream
of a better life? 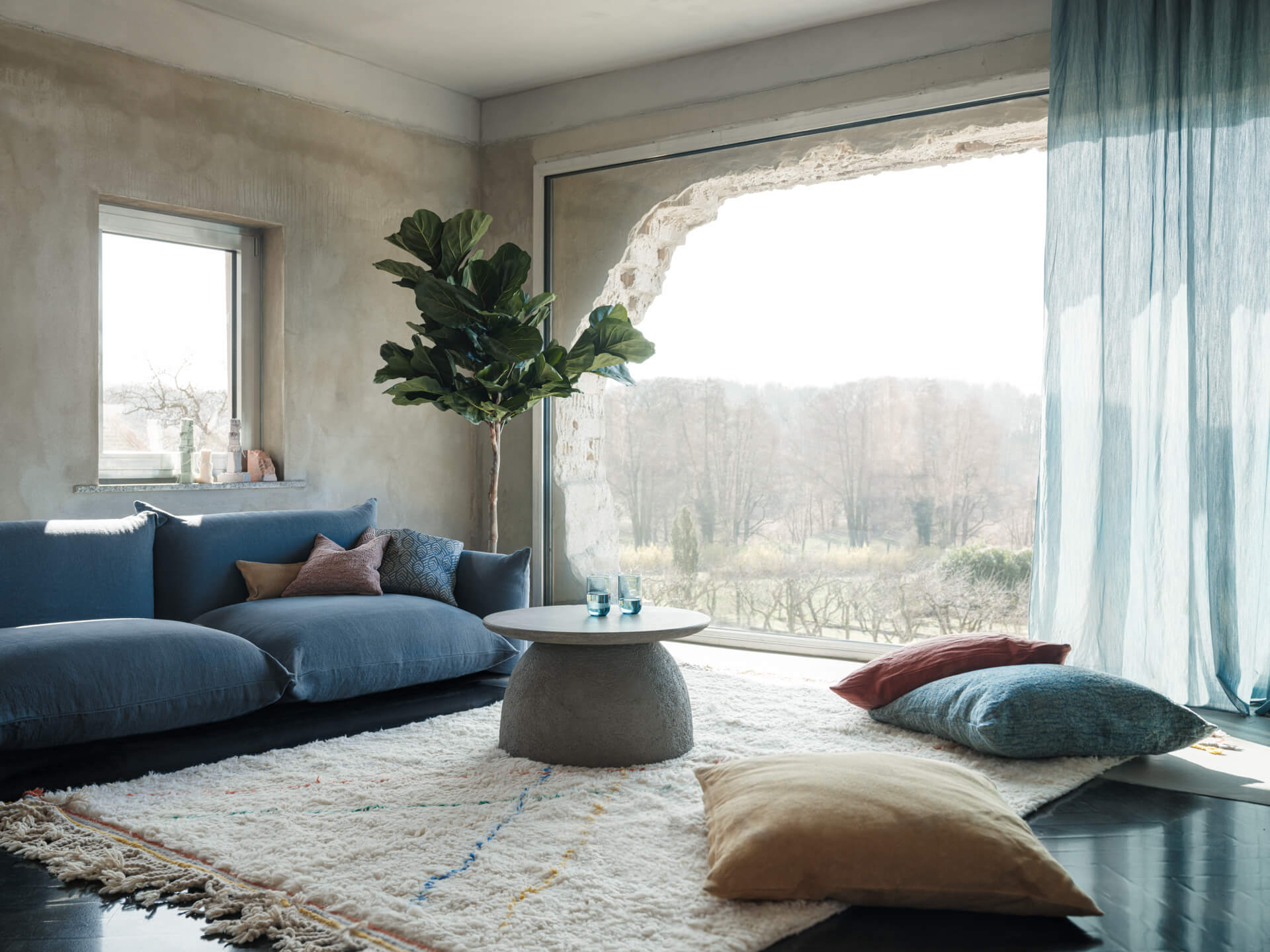 A good idea usually has deep roots in the past while throwing new light onto the tradition of craftsmanship and its materials. In this way, genuine innovation can transcend space and time. 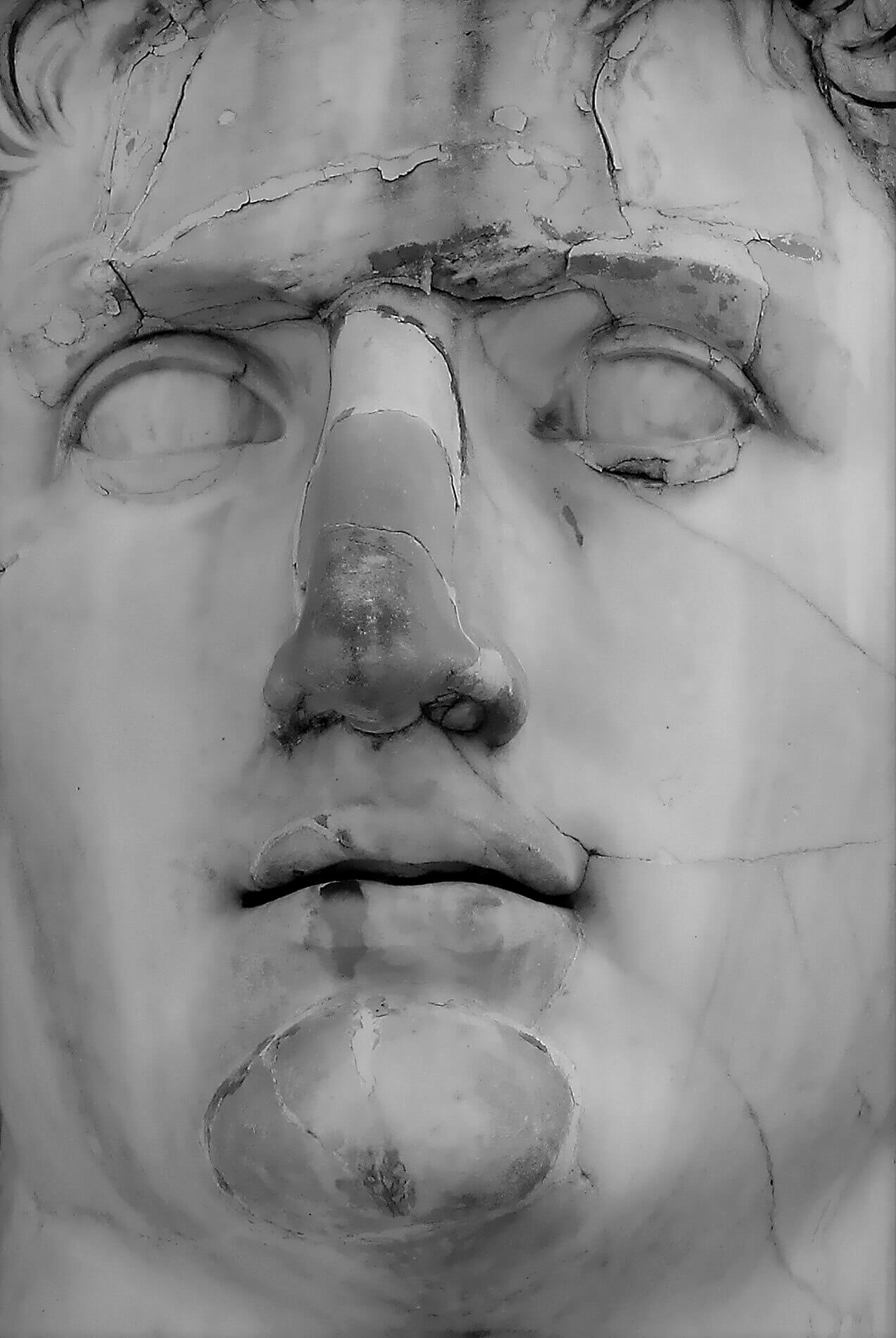 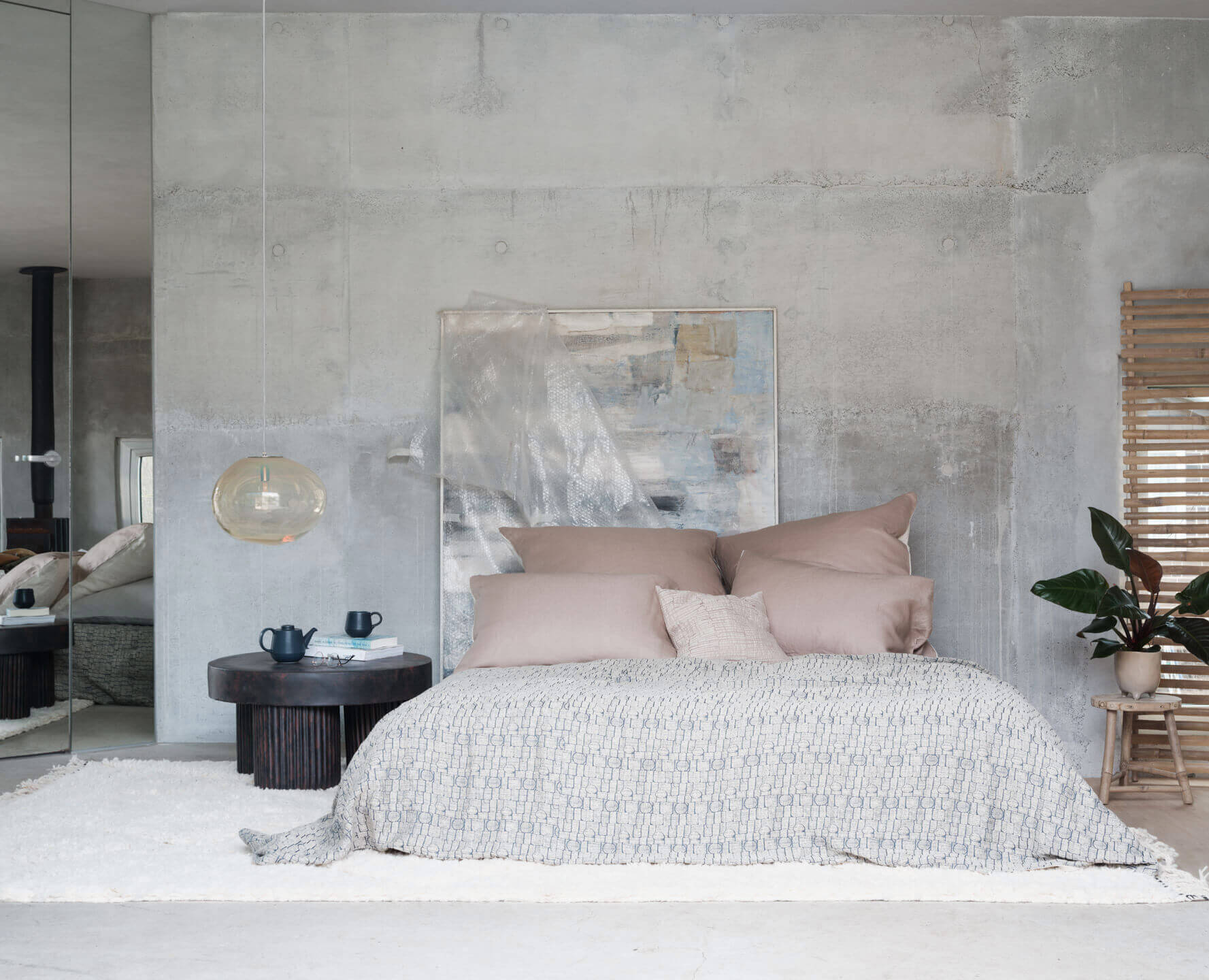 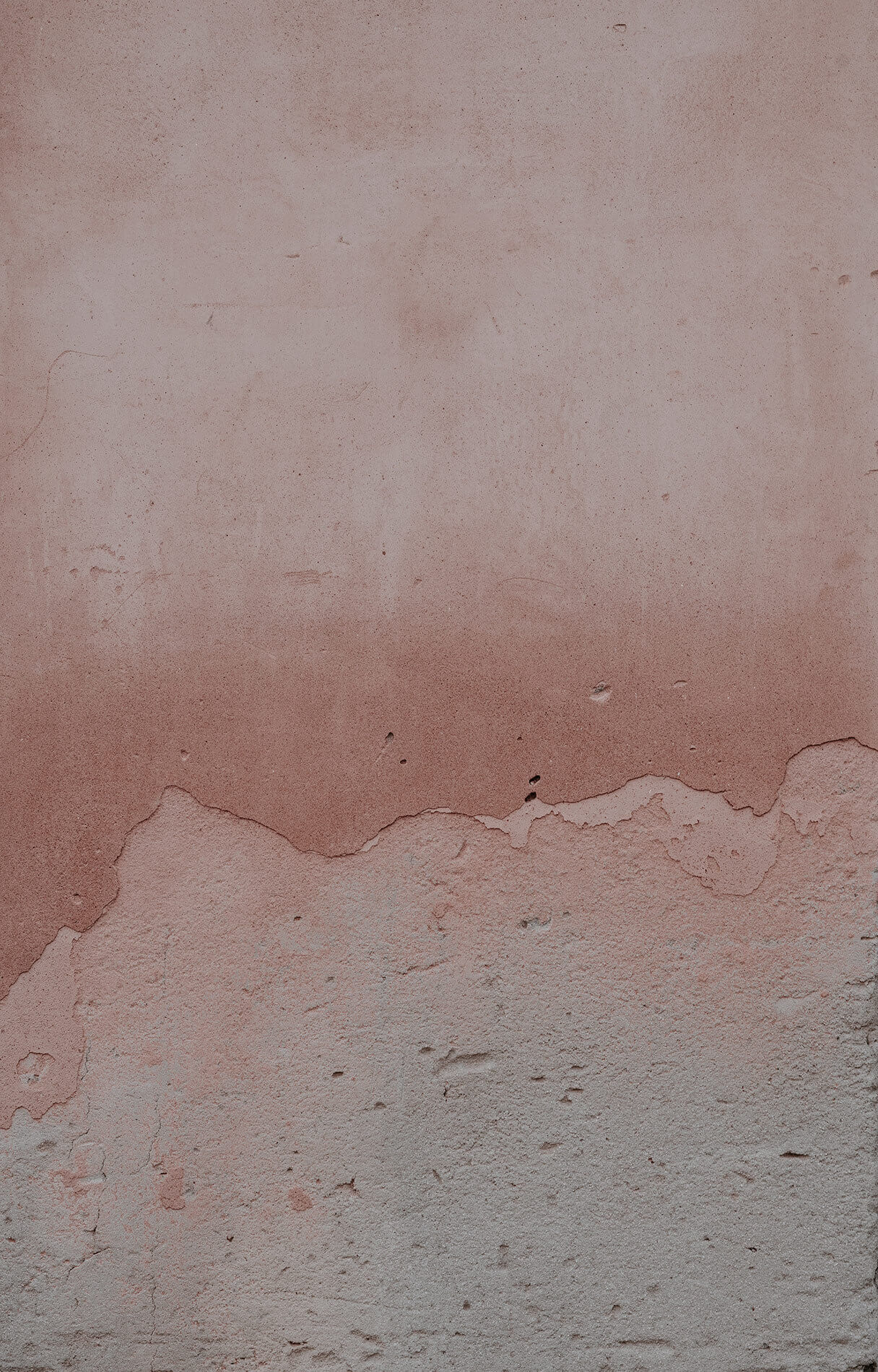 »The role of the artist is to make the revolution irresistible.«

ROSEVEAR Three things come together in this product that would probably never have found each other otherwise: the medieval Boutis technique interpreted as a linen and cotton jacquard, the arrangement of a print designed by Al Eklund in 1958 of birdcages, and the legend of an opera singer who died in a shipwreck in 1784 and who is said to still eke out an existence as a ghost on the uninhabited island of Rosevear southwest of England. ROSEVEAR is therefore a true conversation piece. But especially because this handcraftedmaterial with subtle two-tone colouring is made in a traditional Italian GOTS-certified weaving mill. 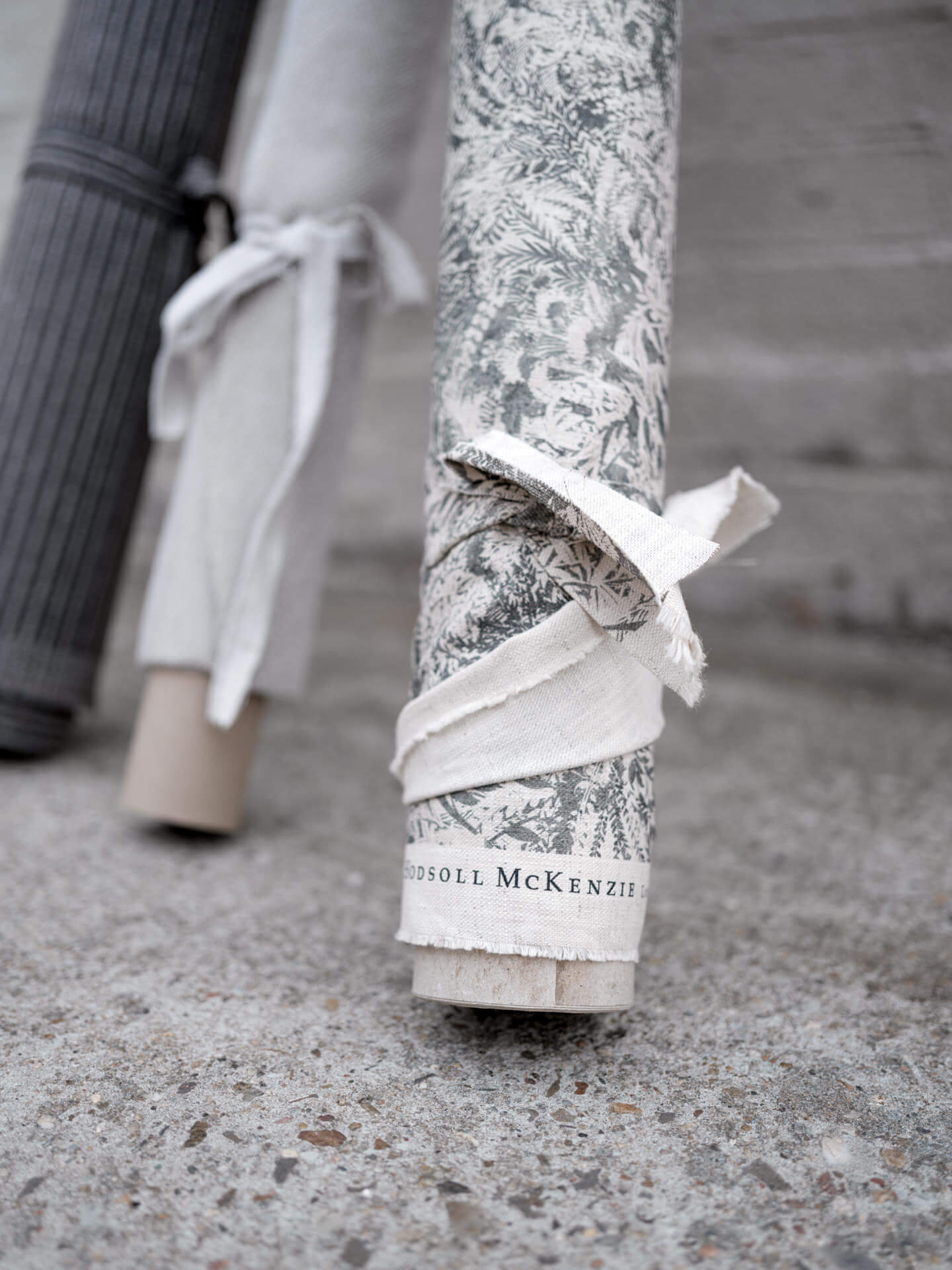 According to an ancient Japanese legend, the gods will grant you a wish if you manage to fold 1000 origami cranes. Perhaps the same is true if they are embroidered? 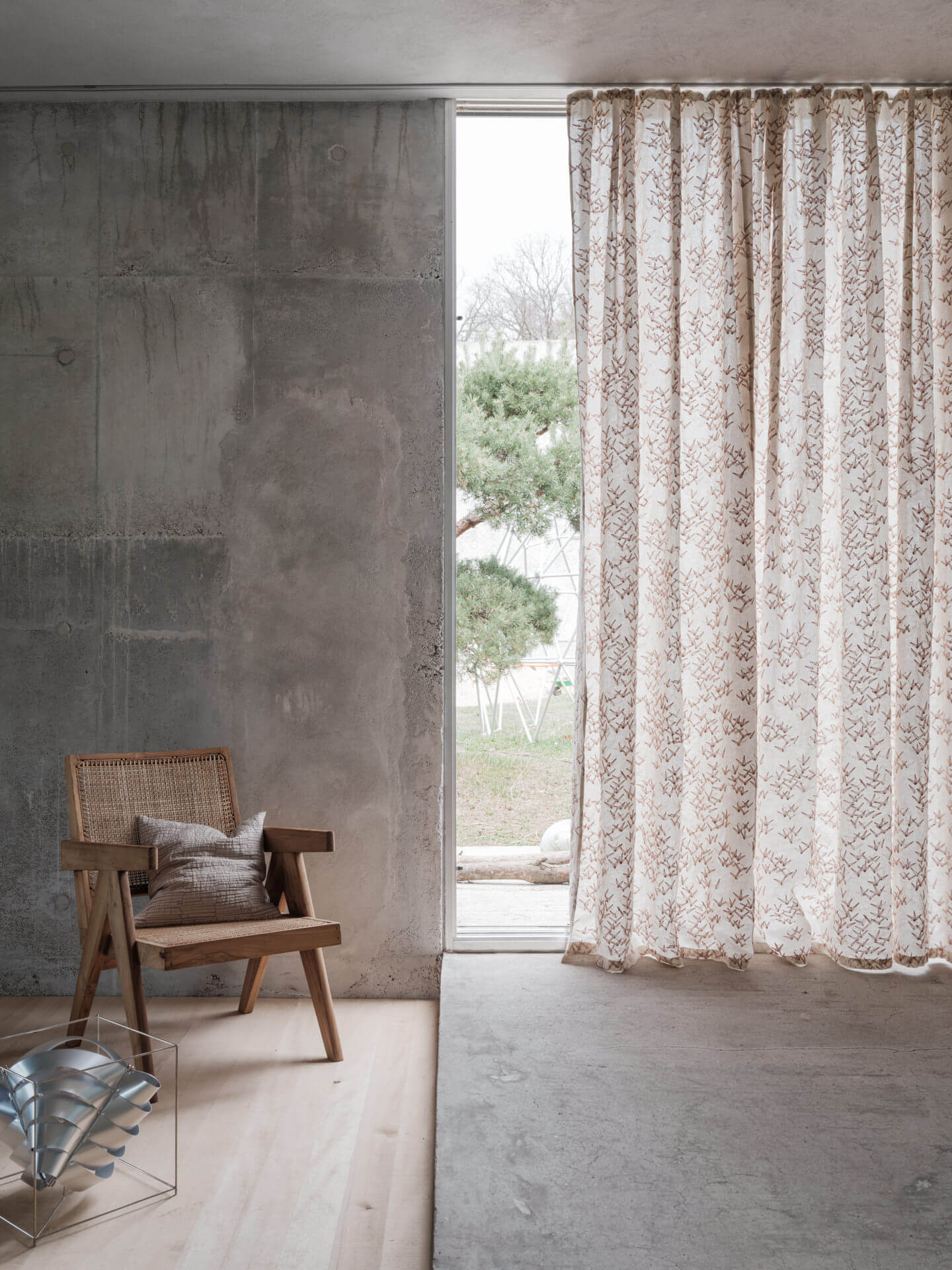 SUPERB BIRD This adaptation of a print by Lisa Grönwall from 1962 has the birds fly on a lightweight GOTS-certified linen fabric. The embroidery thread is made of Ecovero viscose, which is obtained from certified renewable wood sources and has been awarded the EU Ecolabel.

Hodsoll McKenzie is now setting itself goals to help solve some of the issues in its own industry. Natural materials will be sourced locally and responsibly wherever possible. The production processes will strive to be environmentally friendly and innovative; the designs shall respect their textile culture and history. 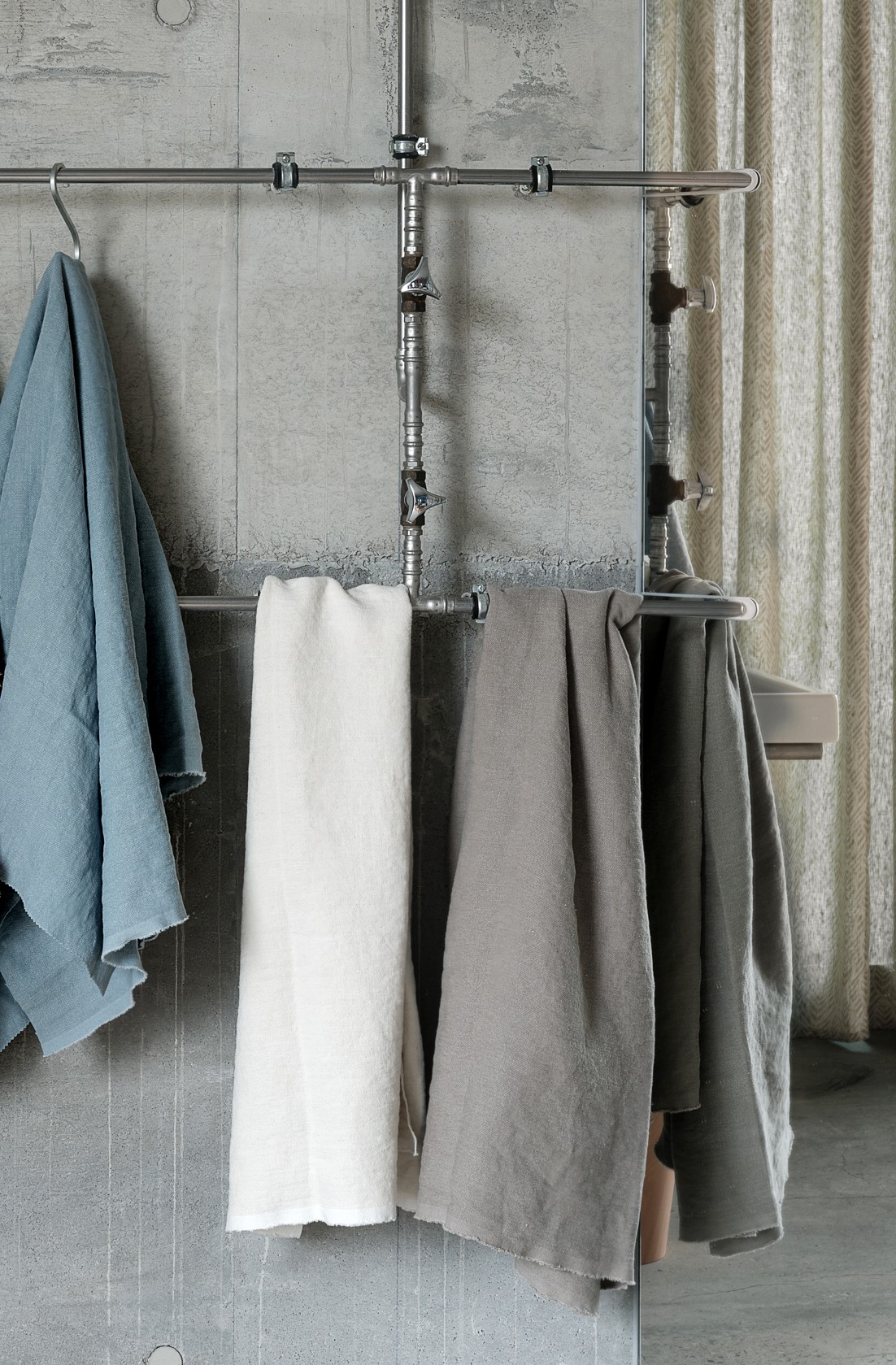 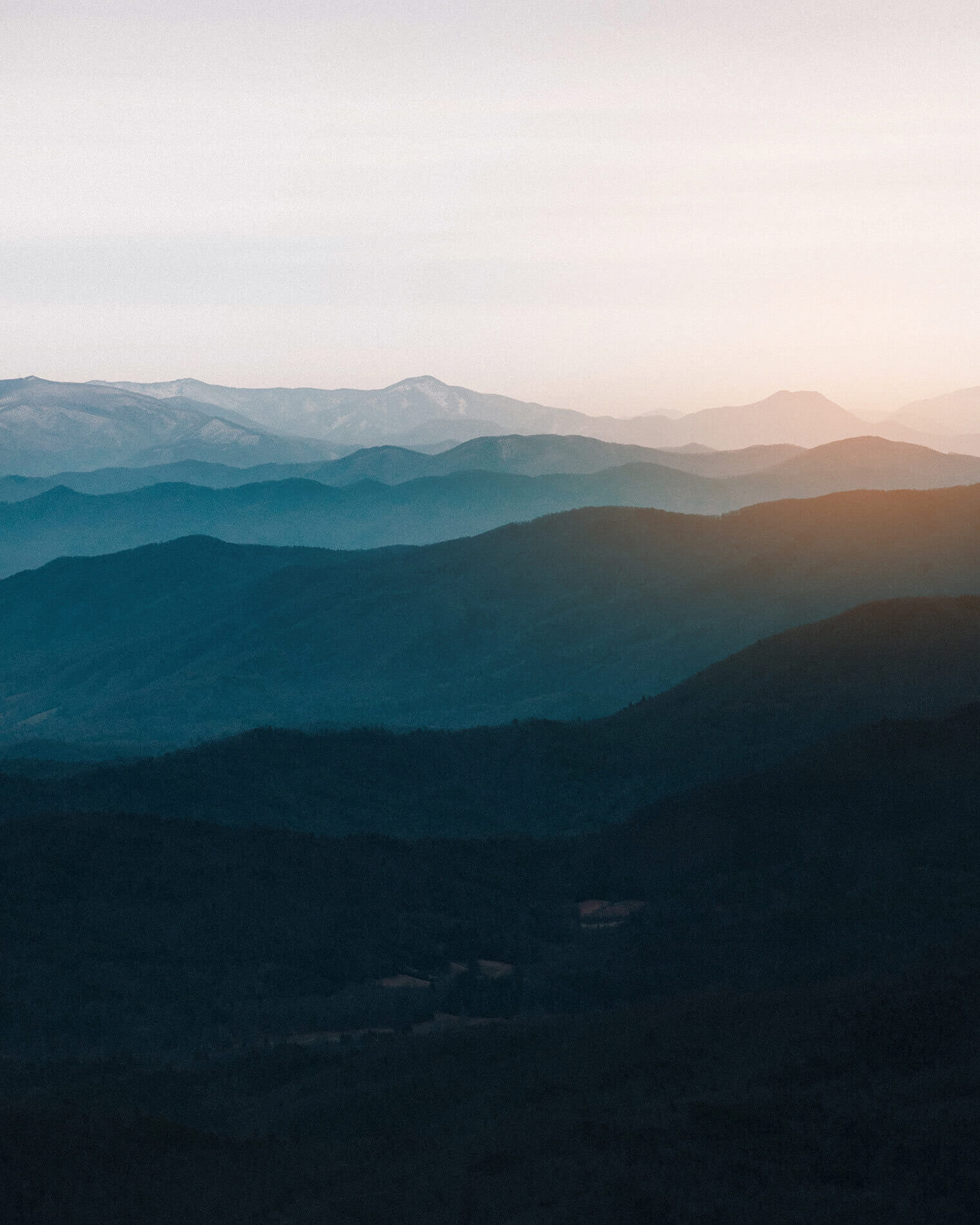 Nomen est omen – Terra Nova, the new world. It infers a pioneering spirit, the joy of discovery and confidence in a better, richer and happier future. 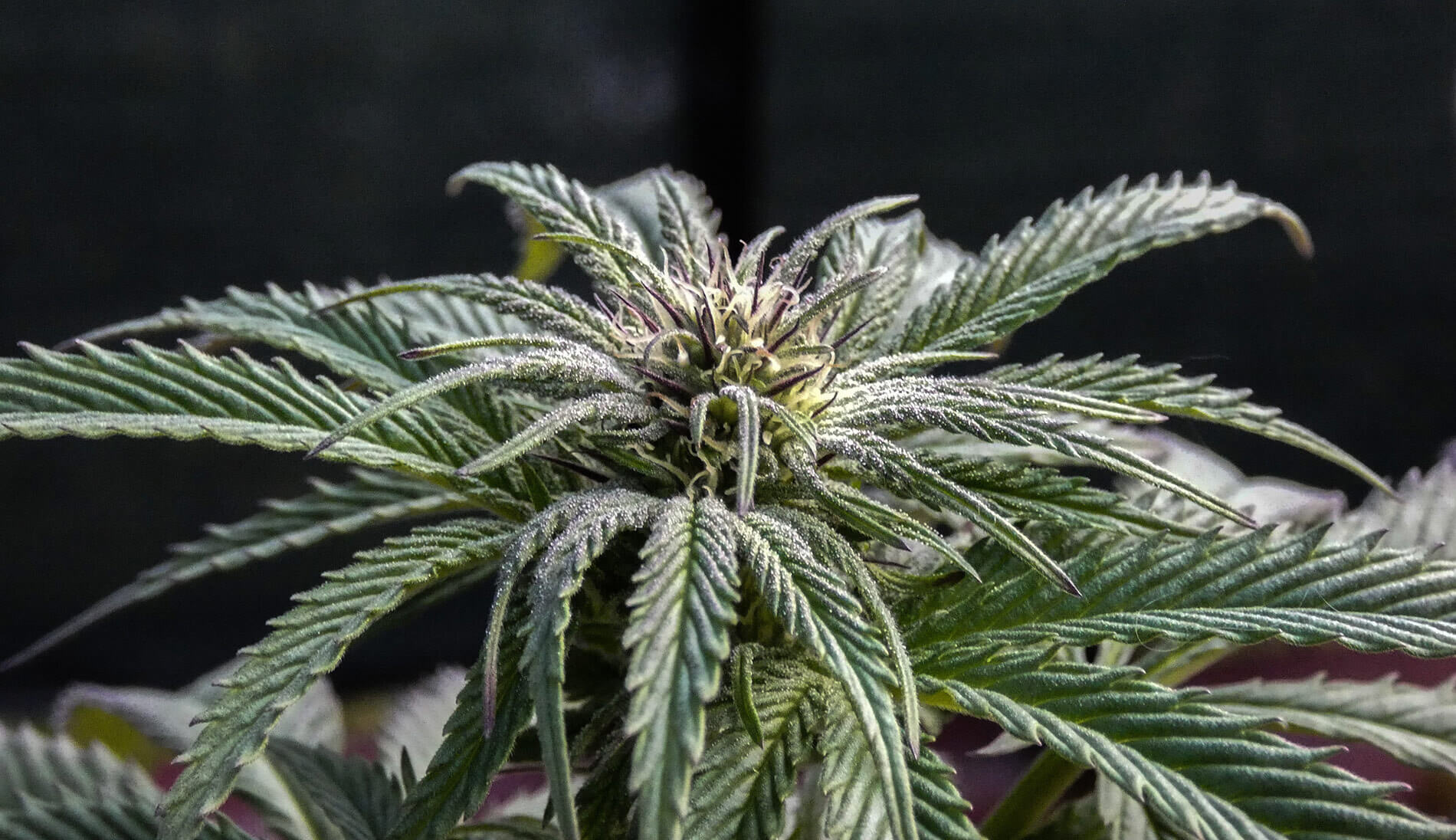 TERRA NOVA This material is made of 100% hemp with an aristocratic heft, which is nevertheless supersoft and drapeable. Thanks to the stonewash process, its used look adds a touch of idiosyncratic coolness. Like linen, but even more sustainable. 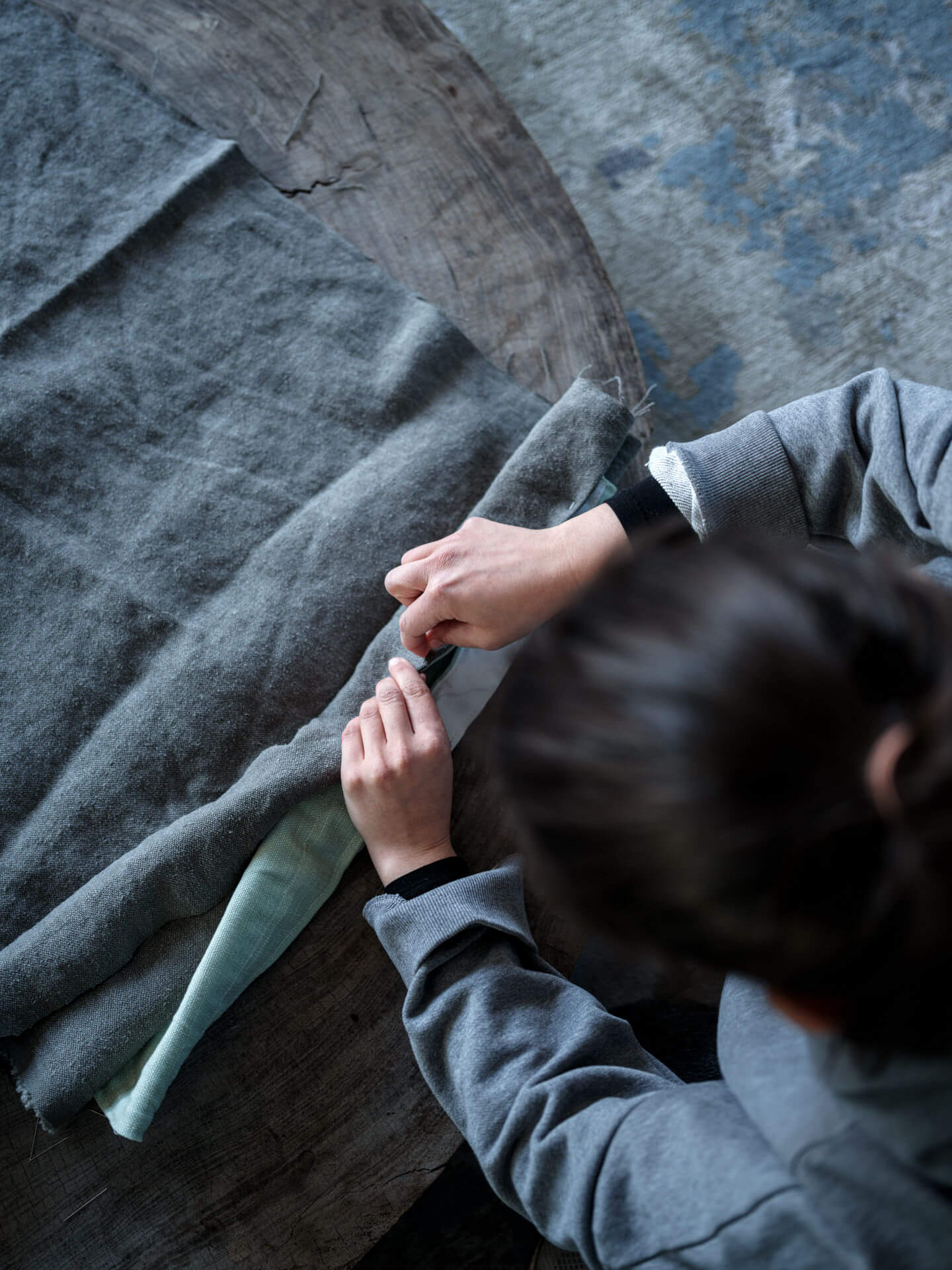 HEMP
Among the sustainable
materials, hemp is an
undemanding and promising
alternative to the rather
more fussy cotton as well
as being the oldest
cultivated plant in the history
of humanity. 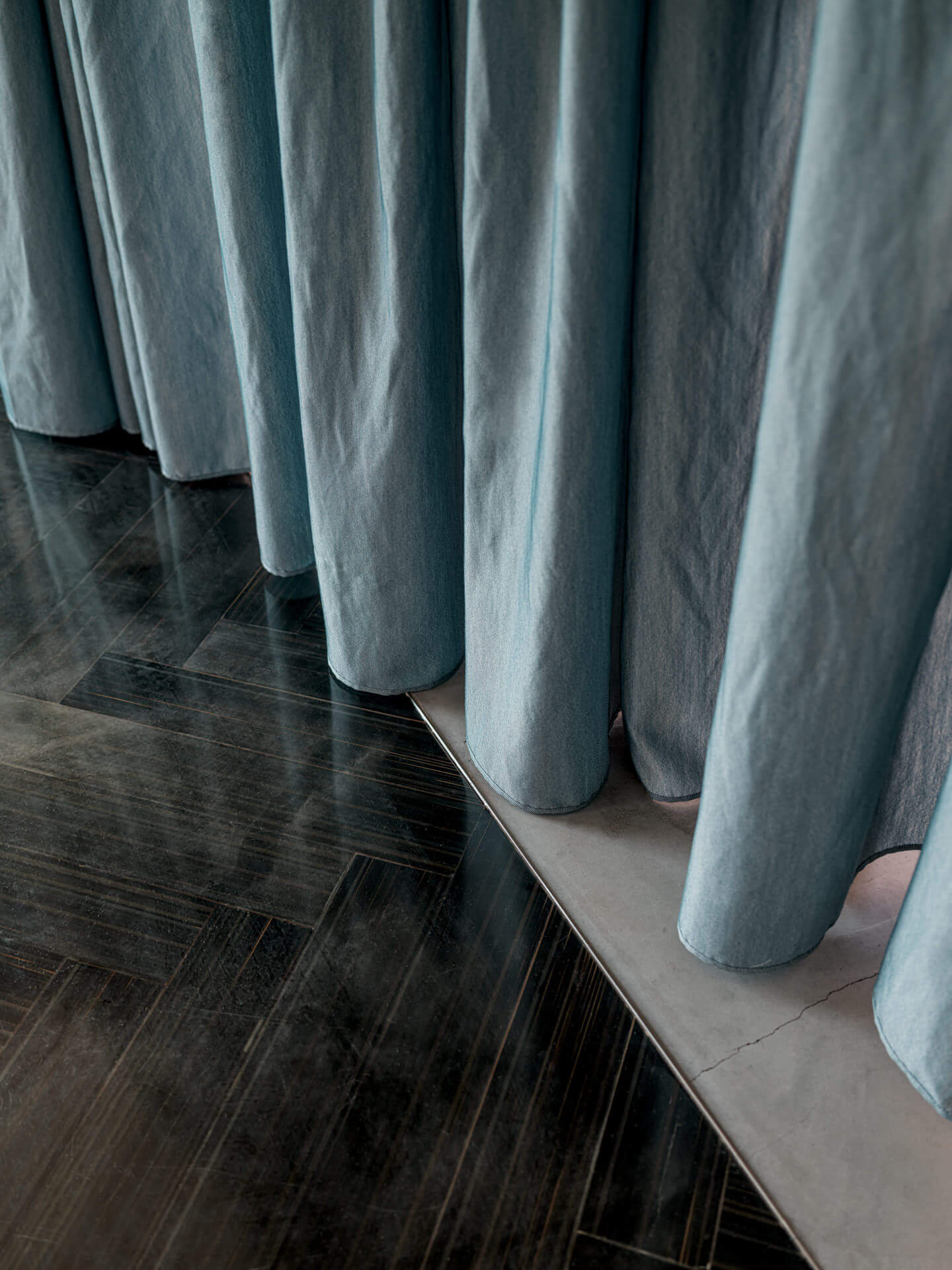 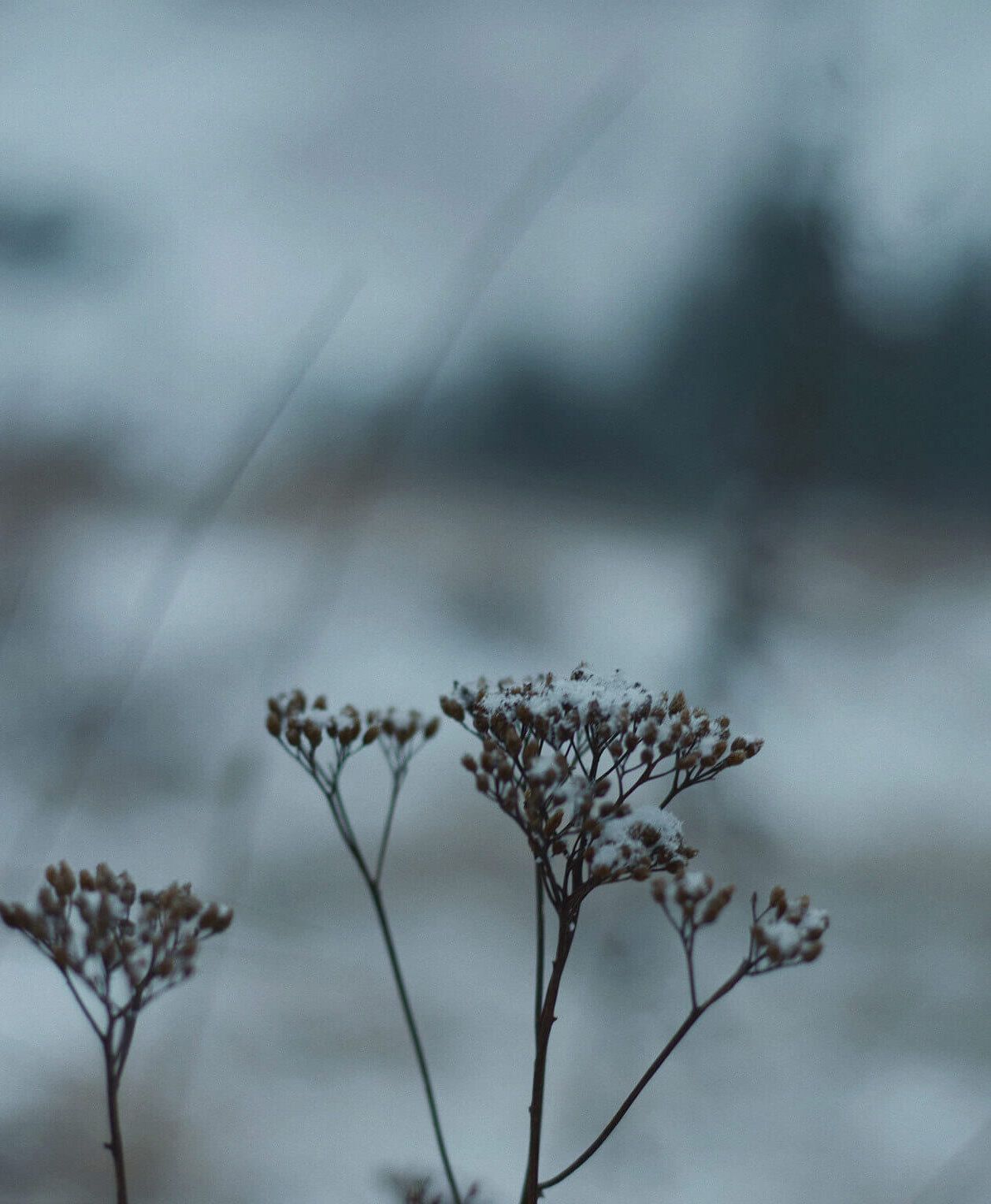 BOUVETA semi-transparent fabric in double-width, consisting of equal parts of mulesing-free merino wool and recycled polyester. Because of the consistently white warp yarn, the color palette of BOUVET remains soft and friendly throughout, reminiscent of an icy landscape, just like the eponymous world's loneliest island: Bouvet Island. 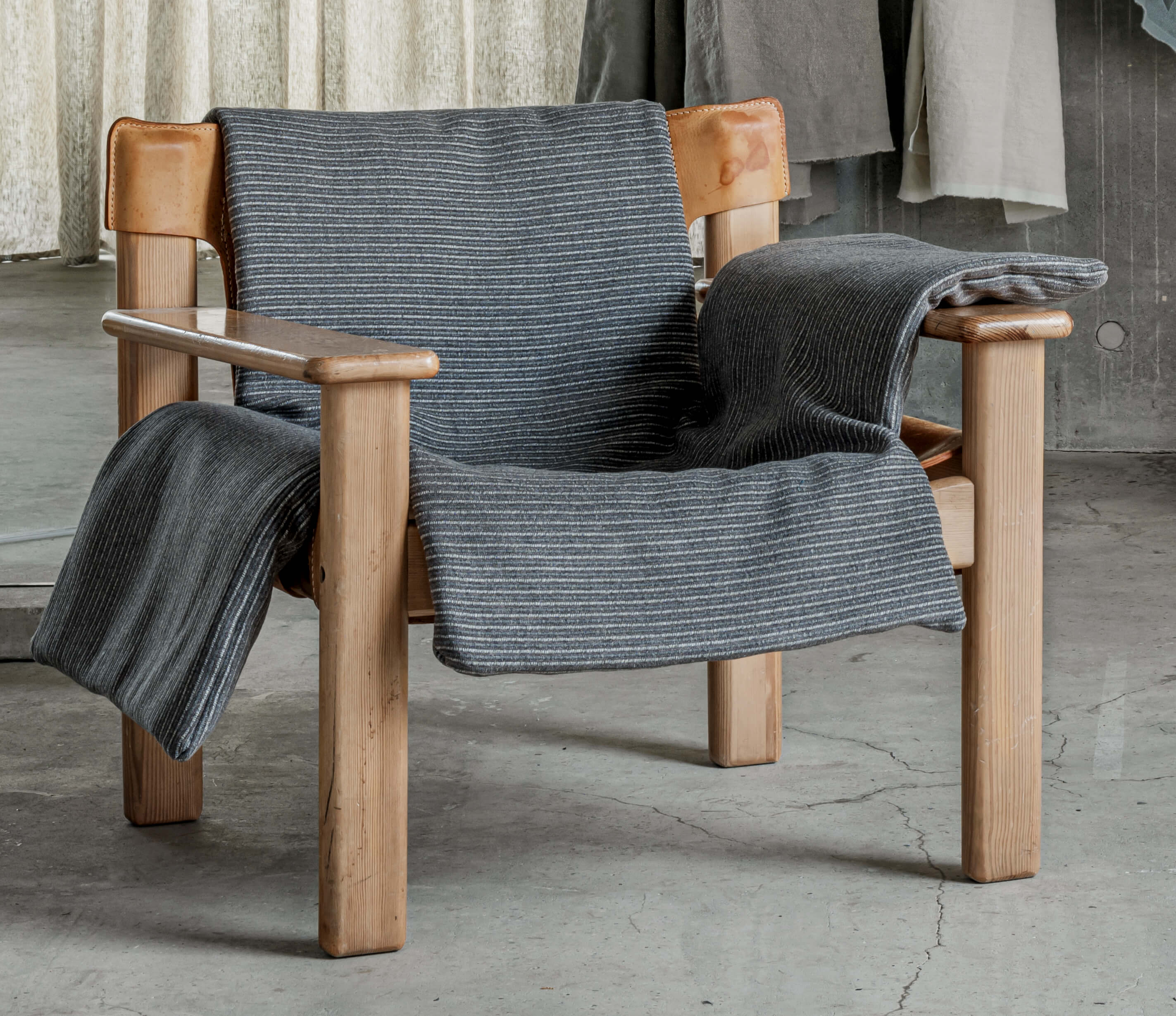 BURDWOODIn the recycled cashmere fabric BURDWOOD with its striped design in earthy shades, innovation meets traditional and Italian know-how meets British understatement. An upholstery fabric that is both firm and soft, inspiring a wide range of uses. 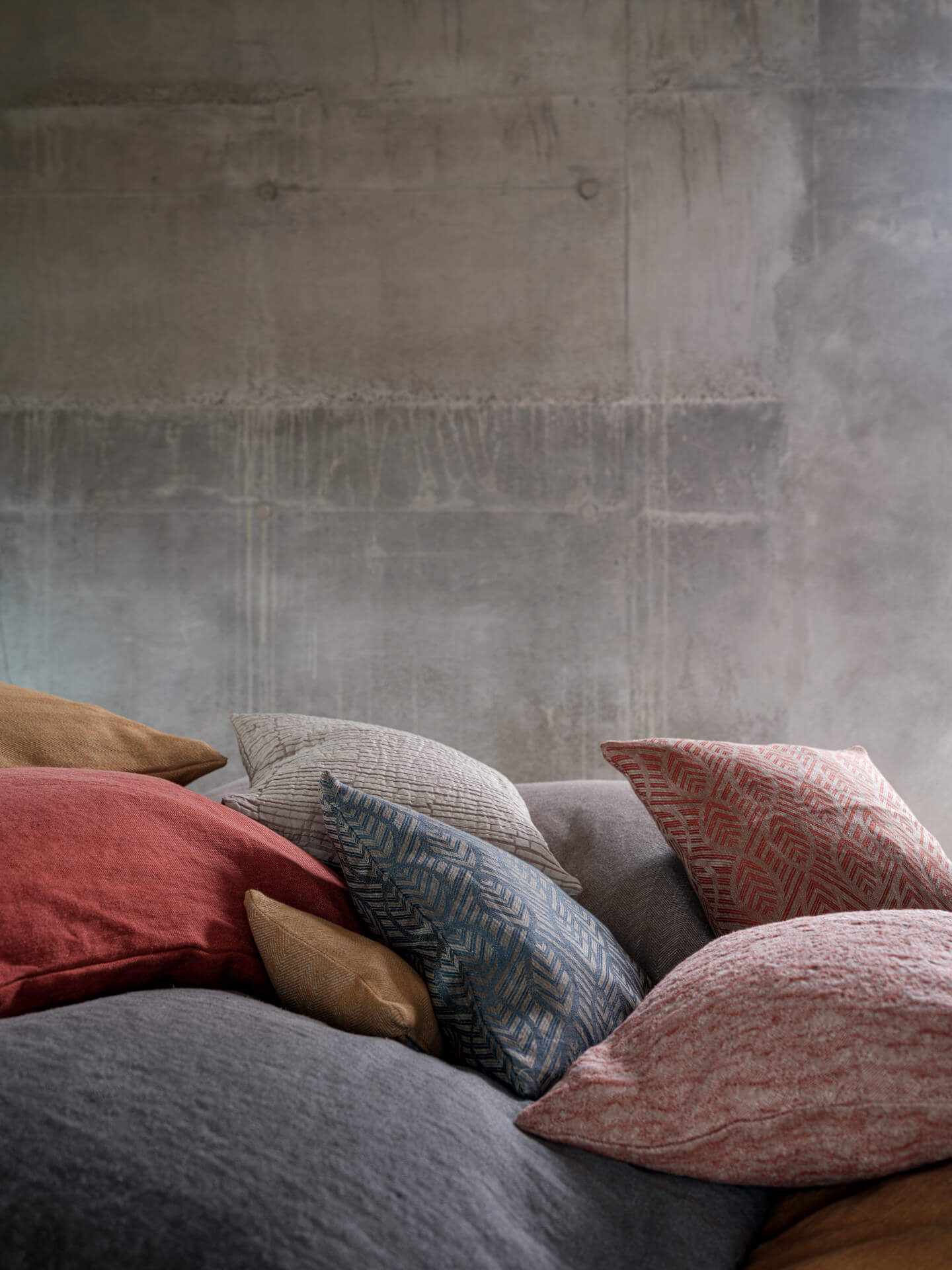 UTOPIA also means to unite contradictions: Warm and cold, rough and smooth, black and white, here and there, town and country, humanity and nature. Because by living and cherishing our diversity can we create a better future. 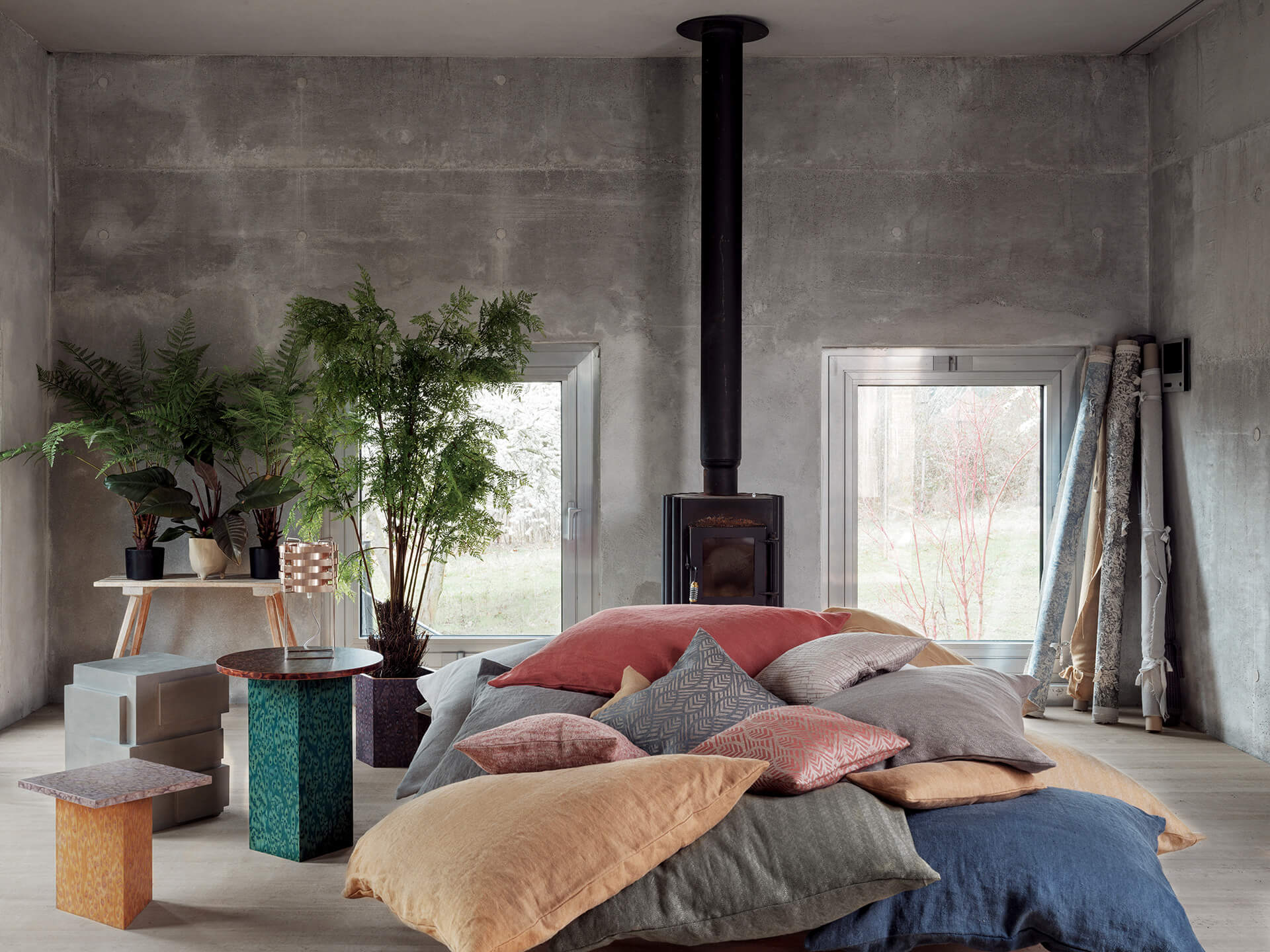 FLOREANAis an exquisite Belgian linen fabric, delicate, shimmering and in an understated two-tone colour. Stylised foliage is embedded in a strong zig-zag stripe, reminiscent of lush tropical plants on a corrugated iron roof. 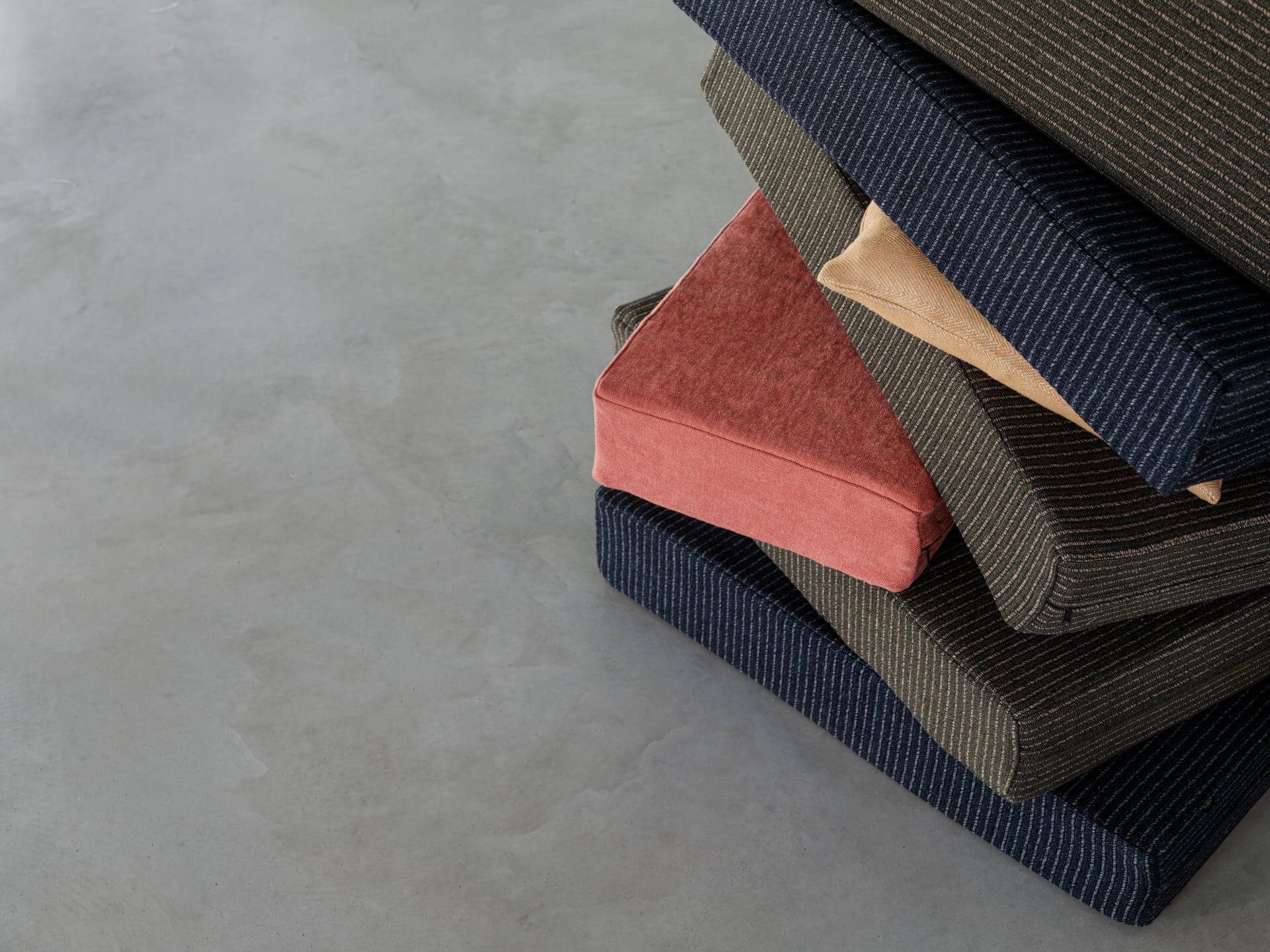 This collection aims to create islands that invite us to dream of a better future. After all, quite a few utopian novels are set on solitary islands, to test out solutions for our society as a whole on a small scale. 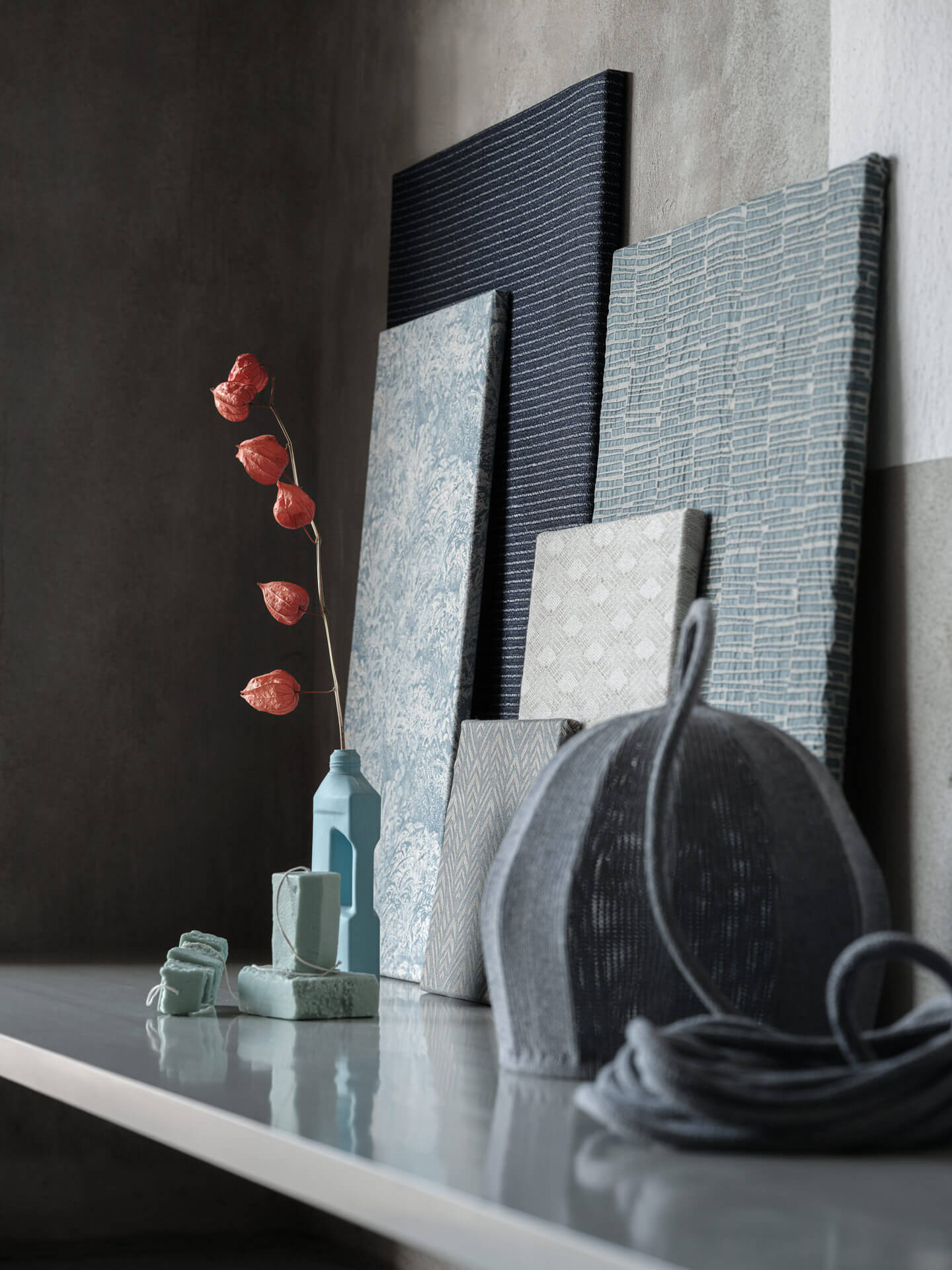 It's all about designing spaces that are actually and haptically in harmony with nature, natural and self-assured. 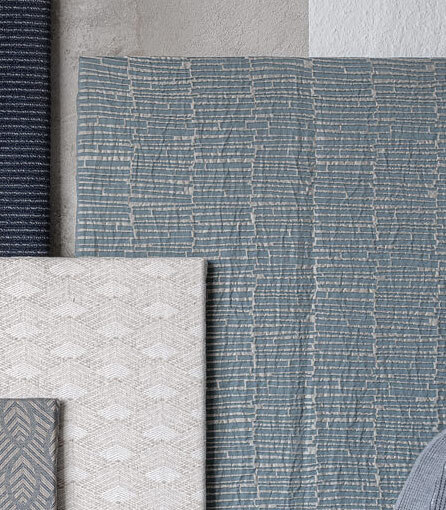 BENSALEMAs early as 1627, Francis Bacon drew the picture of the city of Bensalem in his utopian novel New Atlantis, whose energy is generated by wind, water and solar power and whose basic order is characterised by pacifism and humanism. The jacquard fabric BENSALEM made of a linen-cotton blend, however, has a delicately contrasting and striped look. It was made in Italy in a GOTS-certified weaving mill. 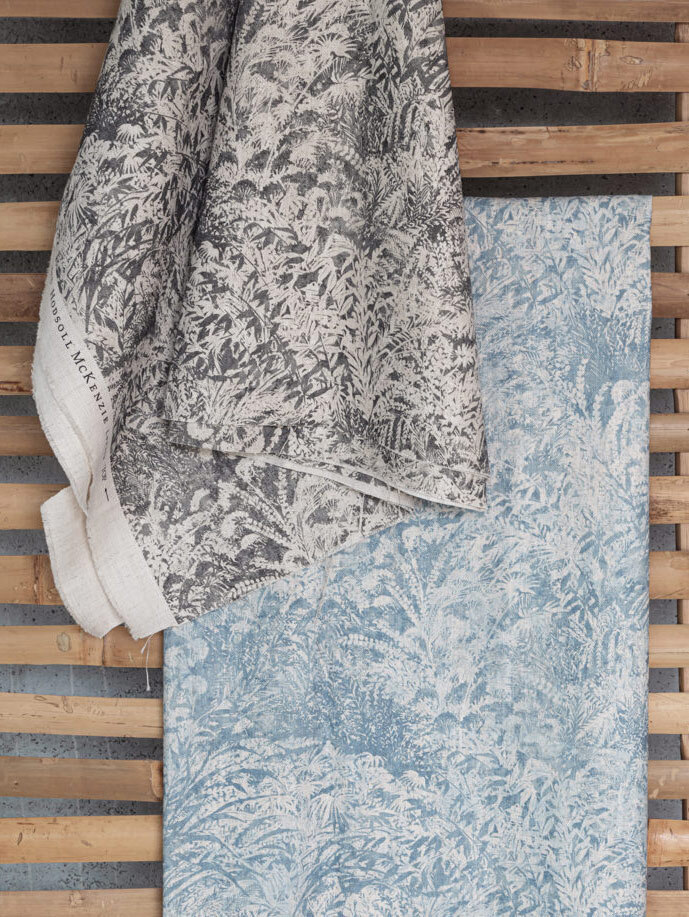 EDENParadise interpreted as lush foliage that stands out vividly through a two-colour interplay of background and foreground. The repeat pattern was digitally printed with GOTS-2 certified reactive ink on cotton, produced in the Better Cotton Initiative (BCI) programme, which requires neither pre-treatment nor finishing treatments. This innovative technologyfrom our traditional textile printer in the North of England is not only water and energy efficient, but also produces particularly high light fastness and durability. 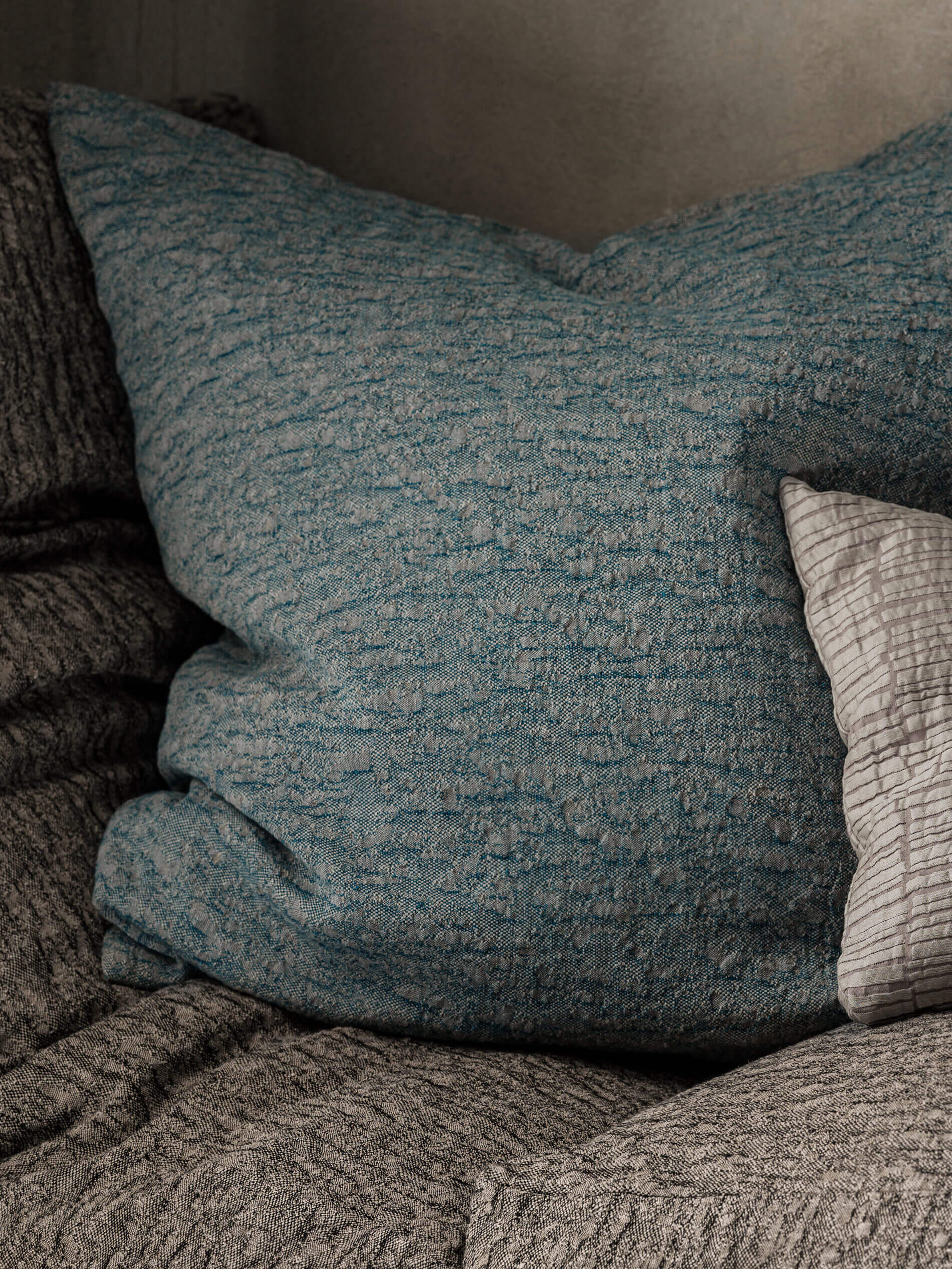 ANTILIAAristotle mentioned it, Christopher Columbus is said to have rested on it and no less than seven bishops and a few believers are said to have founded a new civilisation on it. Its sand is interspersed with silver, they say. But the island of Antilia never existed. The ANTILIA fabric, on the other hand, appears like a shimmering silver sand dune with its organic pattern. From cultivation to finished product, this item was traditionally produced in Belgium without the use of pesticides and with significant water savings compared to cotton. The result is a linen fabric as soft as a feather bed and as resilient as lightweight upholstery.

You can revoke your selection at any time.